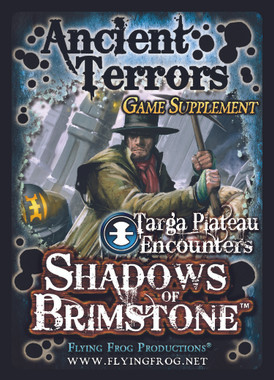 Chilling ice storms sweep through the abandoned halls of the long dead alien city on the Targa Plateau, while a cold intelligence still powers the machines that keep the city running. Blinking lights and failed experiments have been sealed off in dark chambers of the city, lying dormant for millennia until disturbed by unwary travelers…awakening the cold and ancient terrors within!

This 15 card OtherWorld Targa Encounter Supplement is themed for the ancient terrors that dwell under the ice and the madness that gurgles in the dark corners of the long abandoned alien city, waiting to be released.