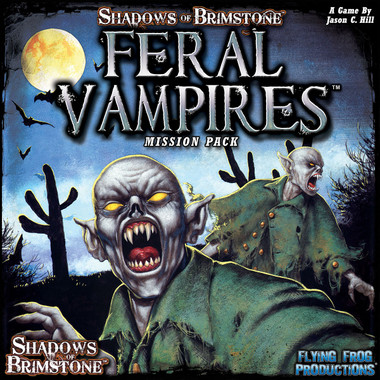 Lurking in the darkest shadows, bloodthirsty Vampires emerge under cover of night to feed on the land of the living. Ancient and gruesome monstrosities, the Feral Vampires are terrifying creatures of the old world, unleashed upon the Western frontier after traveling thousands of miles by ship, train, and coach in coffins or crates of their native soil. They are neither living nor dead... but the Undead! And they hunger for the fresh blood of a new frontier.