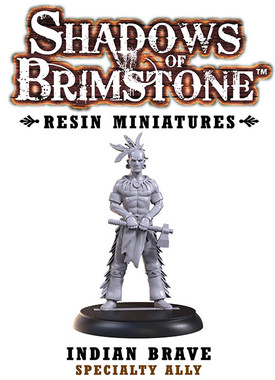 Full rules for this Specialty Ally can be found in the Allies of the Old West Expansion.  This item is a miniature only and contains no cards or rules.  Includes one resin specialty ally miniature and one 30mm plastic base.