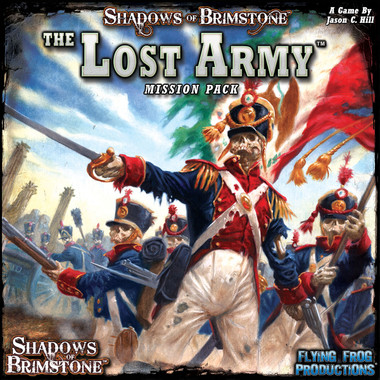 The thunder of cannons sounds in the dark, and sporadic flashes of fire and smoke dance across the night sky as the army of the dead lays siege to the land of the living! It has been 50 years since the Alamo fell, and Santa Ana's legions marched to war. One legion dispatched to the north to investigate tales of a magical black rock never returned...until now. Back for revenge, the Lost Army marches once more, a corrupt echo of conquest and glory still driving their animated husks to war!